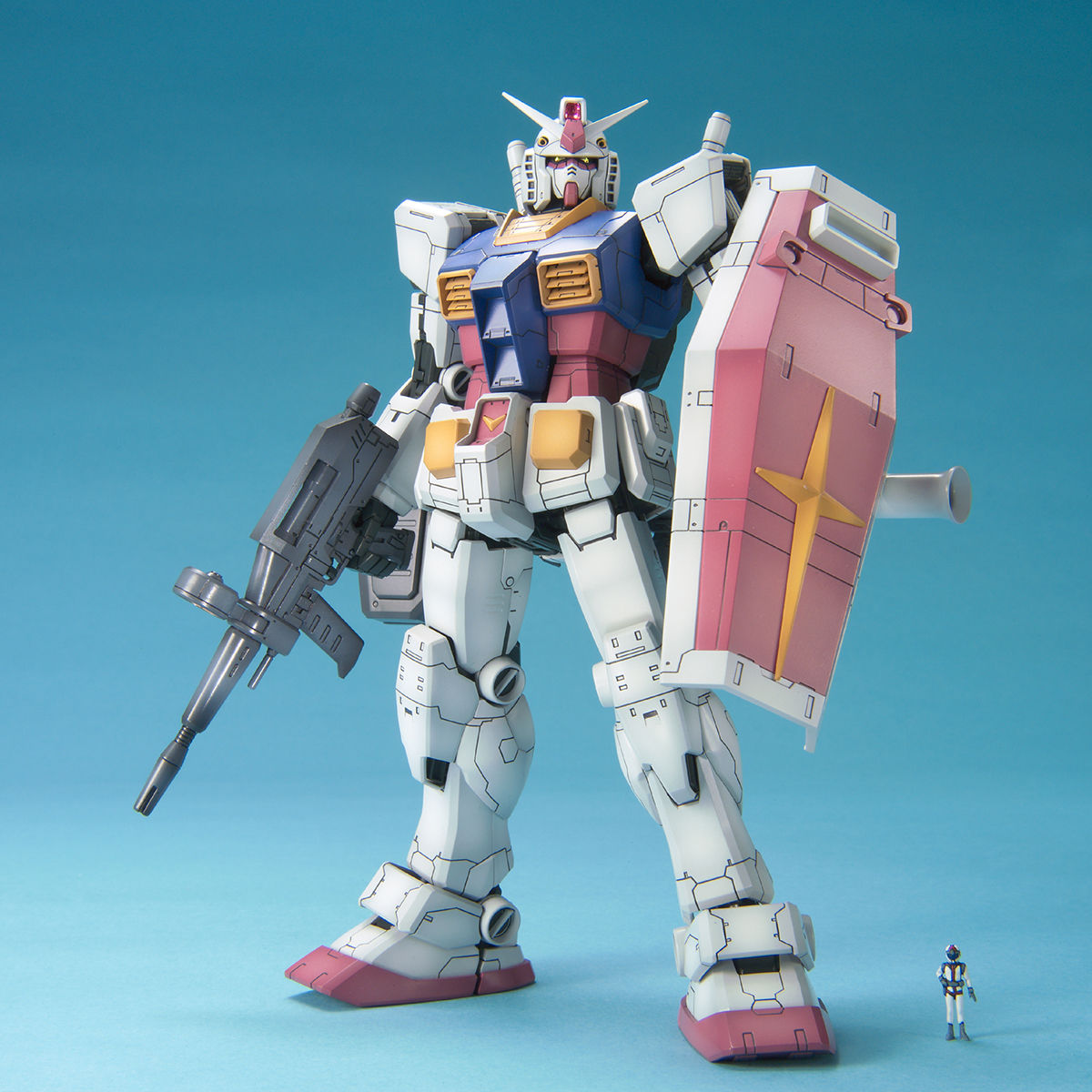 Uses the I and J plate runners of MG-028. Includes Gundam Hammer and Amuro Ray figurine. Does not come with a Core Fighter unlike other MG RX-78-2 kits. Water slide decal sheet is sold separately as GD-4. First kit to include articulated hands with pegs and 3-finger parts that can be separated for additional articulation. Released to coincide with the release of PlayStation 2 game Mobile Suit Gundam: The One Year War and the 25th anniversary of Gunpla. 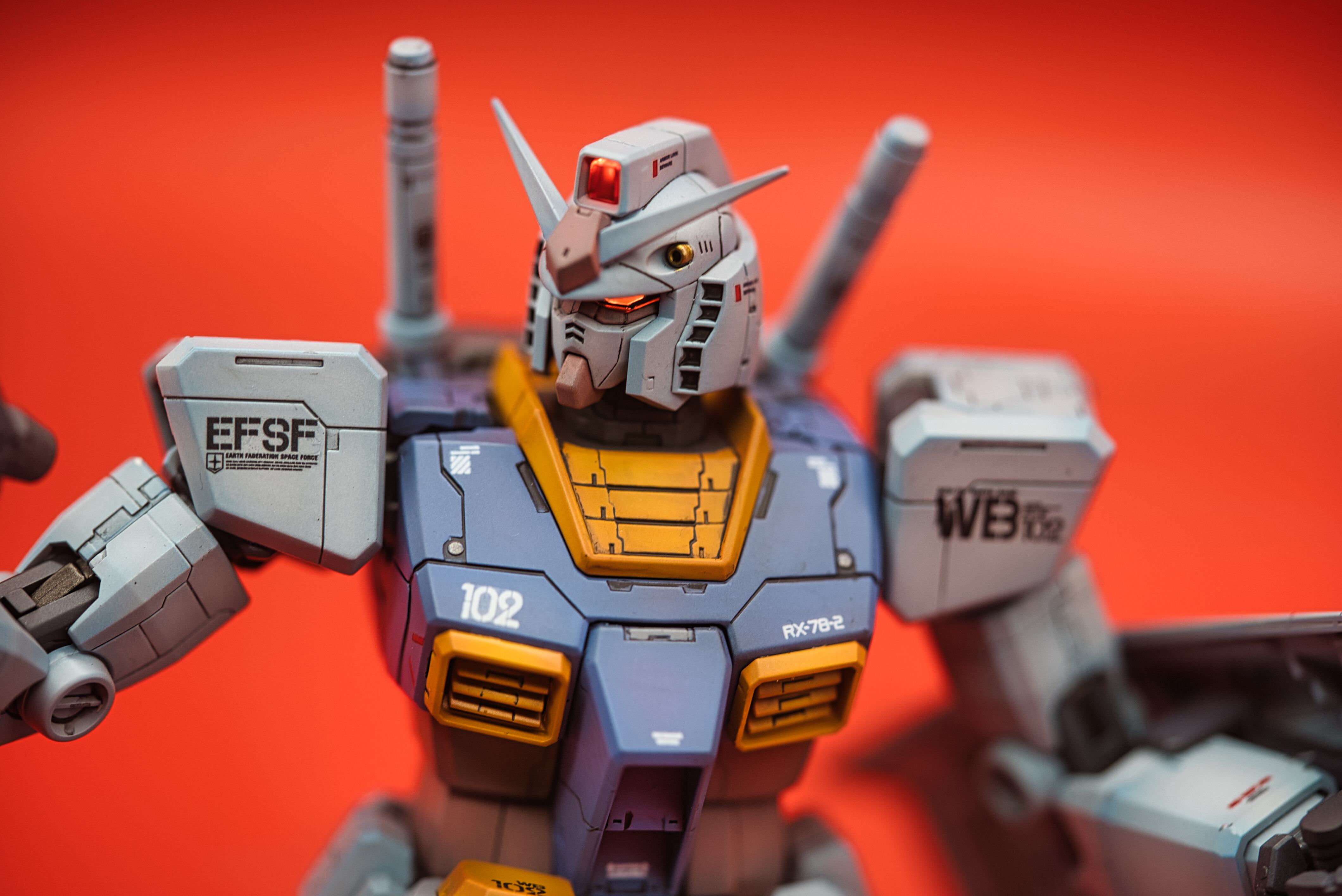